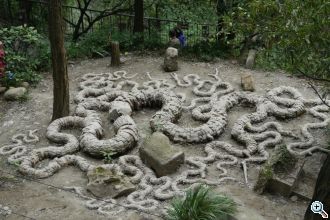 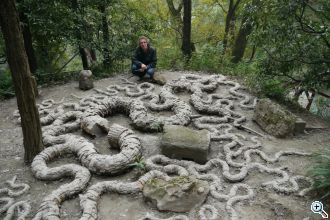 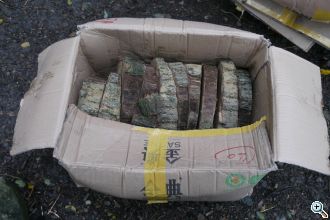 Two dead acacias were cut in over thousand slices by a chainsaw, numbered and carefully packed in boxes.

At the exhibition site the wooden slices where joined together, in the order how the wood has grown and they got a new dragon like shape.

We made some tours to historic places close to Chengdu and always I encountered two dragons. This is the reason I decided to install the two trees like two dragons.

It is a conceptional way of working to use the tree as it has grown and give it a new two dimensional shape. At the same time this installation is process oriented, sitespecific and allegorical.

About the meaning of dragons in ancient and contemporary China I learnt the following:

Protector of Buddhist Law and the Buddhist and Taoist Temples